How Social Media Changed the Olympics, and What It Means for #Rio2016

It’s hard to imagine a time before the Olympics were splashed all over the Internet via social media, but in reality it wasn’t so long ago. With each Olympics, there are both new social media platforms (this year, Snapchat) and new features on beloved platforms (Instagram Stories, Twitter Moments) that impact how athletes, brands, and fans engage with the Olympics. To help you understand the social media trends at the Olympics, here’s a look at how #Rio2016 will play out online (and how your business can get in on the action!)

While #Rio2016 is an official Olympics trademark at this year’s games and seen on Twitter, Instagram, and Facebook, it was only 8 years ago that the first Olympics hashtag, #beijing2008, was created by Twitter users, not the IOC. You may be wondering why it took the Olympics — arguably the oldest and most important sporting event in the world — so long to get with the social media program, but there’s a major reason for it.

“For a long time, the International Olympics Committee (IOC) wanted to control the way the Olympics are perceived that they didn’t even want athletes to take photos,” Olympic historian and commentator David Wallechinsky told us. “It’s not until recently that they’ve embraced it — it dawned on the committee that social media is a good thing.”

According to Wallechinsky, who also serves as the president of the International Society of Olympic Historians, the Committee’s closely guarded content over the years had been based on dated, conservative rules. They’ve now been modified to accommodate the athletes’ and fans’ love for online interactions. As far as photo sharing goes, according to the IOC’s official rules, athletes are now allowed to use social media to broadcast their own Olympic experience, with certain guideline restrictions.

How Social Media has Changed the Olympics

Over the years, television broadcast rights have ruled what can and cannot be accessed by fans online. As Wallechinsky puts it: “You had a transitional period of NBC being upset that people are diffusing the broadcast by going to a different channel to get it live.” And because the American network is contracted to air Olympics coverage until 2032, it’s had to adapt to the Internet’s role in the games.

And so, during the past decade or so, the rise of mobile-friendly social platforms has made the Olympics a true patriotic social event, especially online. Looking back at the 2008 Beijing Olympics, the still-fairly new Twitter saw an influx of tweets regarding the infamous Opening Ceremony, along with the rest of the games that summer. Meanwhile, the 2010 winter games in Vancouver solidified Facebook’s role as the home of live updates for the official Olympics accounts.

By the time the 2012 London Olympics came around, they were dubbed “The Twitter Olympics” by the media due to Twitter’s dominance as the hub for all the live updates of the games. Not to mention that by that time, Instagram had established itself as the premier photo-sharing platform online: perfect for individual Olympic athletes to share moments on Instagram.

For 2016, it’s looking like official Snapchat Stories and filters — along with the newly-launched Instagram Stories — will dictate how American viewers will experience the games live, despite not tuning into NBC.  To help generate buzz among millennials for their TV program, NBC has partnered with Snapchat and Buzzfeed to create content on-the-ground from Rio for Snapchat live stories and it’s own Discover channel. Not to be outdone, Instagram has partnered with Team USA’s “Final Five” women’s gymnastic team to show exclusive behind-the-scenes footage from their gold medal win.

As Craig Howe, CEO and Founder of Rebel Ventures — a leading sports digital strategy and tech venture firm — told us, the rise of social video and social broadcasting technology since the Sochi 2014 Winter Olympics provides a huge opportunity for athletes, Olympic teams and corporate sponsors to bring fans access to coverage like never before.

“I believe we’ll end up seeing two types of social media playing out during the Games: officially sanctioned social content from rights holders and sponsors that maximizes the use of Olympic content, (imagery, hashtags, etc.), and unofficial social content that will be creatively developed by non-rights holders and brands that leverage the excitement of the Olympics (unique graphics, hashtags, and references),” Howe told us.

An example of sanctioned sponsored content from the Olympics

As far as the “times are a changin’” mentality around Olympic coverage goes, Howe believes the IOC can only do so much to control the games’ image around the world. “I think we’re in a different era now where blunders are subject to real-time magnification,” he explains. “#SochiProblems was the big trending hashtag leading into the last winter Olympics.”

The IOC hasn’t forgotten this, and one example of the precaution going into the games was airing the Opening Ceremony delayed this year, despite Rio being only one time zone away, Wallechinsky told us.

It’s only been two years since Sochi, but we now have even more real-time platforms — such as Facebook Live, Periscope, Instagram Stories, and Snapchat — that have established themselves as deeper channels for live sporting and entertainment events, according to Howe. Oh, and not to mention, Twitter’s newly launched Rio 2016 Moments feature. All of this means the IOC and its partners can’t possibly stop all press, fans in attendance and the athletes from leaking any unflattering coverage, like they were able to in the past. According to Wallechinsky, “This year NBC has fully embraced streaming. Now they’re showing everything, like early rounds.”

“The IOC has taken a strong stance on limiting this type of content to protect rights holders, sponsors, and an abundance of negativity around the host city,” Howe said. “In many ways this is understandable, but from a social media standpoint, the real blunder here could be limiting the broader global creative, emotional and amplification possibilities around big Olympic moments.”

As a recent AdWeek report stated regarding Olympic social media participation, “The International Olympic Committee requires each host country to create “special trademark protection” laws.” This means that any non-partner brand can get in trouble for even tweeting content with Olympic likeness. Just to add some context on how strict the IOC is about non-sponsors getting in on the content action — their rules state that you can’t even wish athletes luck in posts.

How Brands Can Leverage The Olympics – Without Mentioning the Olympics

So how can your  business get in on the Olympics action? Have no fear, those meme-d moments will find their way to the spotlight no matter what, Howe says. “If history tells us anything it’s that creativity and timeliness usually win – i.e. the Oreo dunk in the dark Super Bowl moment.” This means that the brands and networks without huge access and budgets to official 2016 Olympics content can still get in on the action and benefit from the games.

Lululemon’s Instagram campaign evokes the feelings of the Olympics, without using official language or logos

A great example of how brands can leverage the Olympics without being an official sponsor is lululemon’s “#vidasuada” campaign. Without using any of the official hashtags, logos, or even mentioning the word “Olympics,” lululemon has created a creative and inspiring campaign using their ambassador athletes and translating their branded hashtag #thesweatlife into Brazil’s native Portuguese.

Lululemon gets in on the Olympic action, without ever mentioning the Olympics

As the Games continue, we have the opportunity to witness that “the best creative and content aggregation in Rio actually ends up gravitating around sanctioned or unofficial social content,” and your business can play a role in that too. Howe still has hope for the official coverage to inspire fans and brands, as it has in the past. “With NBC’s record 4,500 hours of Olympic coverage across broadcast, digital, mobile and connected TVs, hopefully the narrative will quickly shift from issues to inspiration once the Games begin.”

“From a digital and social standpoint, this is probably the most unpredictable Games in recent history,” Howe says. With all the highly publicized issues surrounding Rio thus far, these issues could evolve in many different directions. We’ll just have to tune in (or online) to see how. 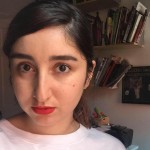 Gabriela is a writer based in New York City who covers lifestyle, technology and science.