The Top 10 Olympians to Follow on Social Media at #Rio2016

The Rio Summer 2016 Olympic Games kicked-off last Friday, August 5th, and thousands of athletes have taken to social media to share their rankings and excitement. Social media has become a mainstream way to browse the highlights posted by both the major broadcasting networks and the athletes themselves. And this year, Snapchat garnered NBC to stream Olympic coverage for free to ensure millennials get real-time coverage of the Olympics rather than live-stream, later. But Snapchat won’t be the only way to see who’s taking home gold. Grab your phone and follow these 10 Olympians to see all the behind-the-scenes actions of the Rio Olympics!

The 24-year-old swimmer from South Africa snatched gold from Michael Phelps in the 200-m butterfly at London 2012 and has had a heated rivalry with Michael Phelps ever since. Many internet memes were born out of the Clos vs Phelps rivalry in the 200m butterfly race, between “Michael Phelps face” and this viral photo of le Clos realizing Phelps was winning.

He hasn’t posted on social media since, so to see if this rivalry continues to heat up, you can follow Clos’s antics on Twitter, Instagram, or check out the Chad le Clos Documentary on YouTube.

The moment when I got to see my amazing family in the stands… @boomerrphelps was sound Asleep…. Haha!! Love you guys so much and thank you for all of your support!!! #19 #23 #rio2016 #400freerelay

Phelps is the 2012 Olympic Champion and has decided that Rio will be the last race of his career. With a private Snapchat account only, you’ll have to catch up on Phelps medal count by joining his 1 million followers on Instagram. If you’re an ultra fan, be sure to download his Phelpsmoji when they’re available in the app store!

As the reigning WNBA MVP, 26-year-old Donne will join the USA women’s team this summer in Rio. You can follow Donne on Instagram as she goes for the gold, and she may even offer up some tips on Pokemon Go in Rio!

Bolt is known as the world’s fastest human from his entrance at the 2008 Beijing Olympics. Bolt’s built up a remarkable following on  Twitter and Instagram and announced the release of his movie, I Am Bolt to show what goes into the six-time Olympic champion’s every day preparation ahead of the Rio Olympics. He also recently joined Snapchat (“ugoboss1919”) so you can follow his journey to the podium right on Snapchat!

Sweet 16 Hernandez will be representing the USA Women’s Gymnastic Team at the Rio Olympics and sharing it all on Snapchat! You can follow her at “laurie7” to see the behind-the-scenes action of the winning “Final Five” USA gymnastics team.  You can also follow Hernandez on Instagram, where she  about her #squadgoals, or you may be better off following her teammates to see the quirky Hernandez hair-flip fail.

Biles is the 19-year-old teammate to Hernandez who will be competing for the gold medal at the 2016 games! Not only have her wicked floor routines gone viral on Facebook, but Biles is the 3x World Champion for All Around Gymnastics and pretty much untouchable at these games. You can double tap to show Biles support on Instagram, and cheer on Team USA with Simojis once they’re released in the app store.

What a moment! Thanks to everyone who got me here 😍

The Campbell sisters got a taste of the Olympics at the London Games in 2012. Their goal for 2016 is to share the podium at Rio, though no sibling duo has ever accomplished it before! The girls are humble as they are ambitious. Just check out their Instagram feeds @cate_campbell and @bronte_campbell.

Neymar earned a reputation as a Brazilian soccer prodigy at a very young age when he won four consecutive Player of the Year awards at age 21. Now, the 24-year-old soccer star will be joining the Brazilian men’s team at home in Rio. With over 54 million Instagram followers, Neymar is hugely popular on social media. He’s also super active on Snapchat at “neymarjr”, and if you follow him you may catch him partying with Justin Bieber, along with some behind-the-scene snaps of the 2016 summer games!

World-renowned tennis stars and reigning Olympic champions Serena and Venus Williams were shockingly knocked out of the women’s doubles in the opening round in Rio, followed by Serena losing in the individuals match. While they may not be in competition anymore, we highly recommend following Serena’s upbeat Snapchat account at “SerenaUnmatched”. Hopefully she will entertain us through social if she can’t on the court!

Serena also recently launched a partnership with Nike in the Nike + Training Club App and has taken to cross-promoting content on Instagram and Snapchat to get her audience more involved.

A little fun today at the Nike house with my family! Big night tonight & cannot post something like this without a thank you for so much support!!

Boudia is the defending champion in the 10-m platform dive at the London 2012 Olympic games. Boudia hopes to take home the gold at Rio and partnered with Reach Records to curate a Greater Than Gold Playlist on Spotify. You can follow Boudia on Snapchat (@dboudia) or Instagram! Which amazing athletes are we missing? Let us know who you love to follow in the comments!

Get started using Instagram for business today with our FREE workshop! 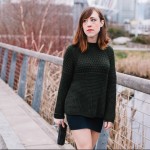